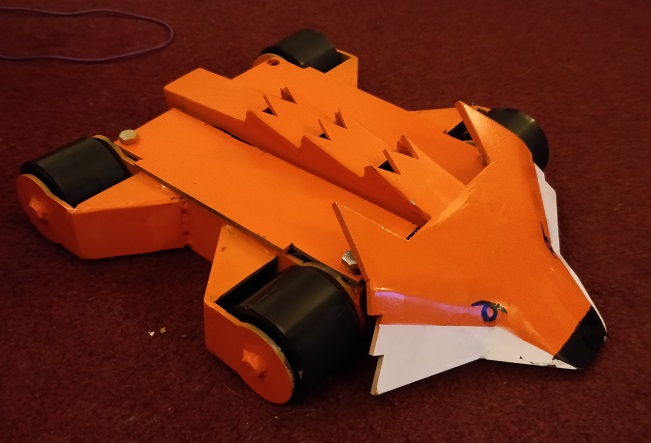 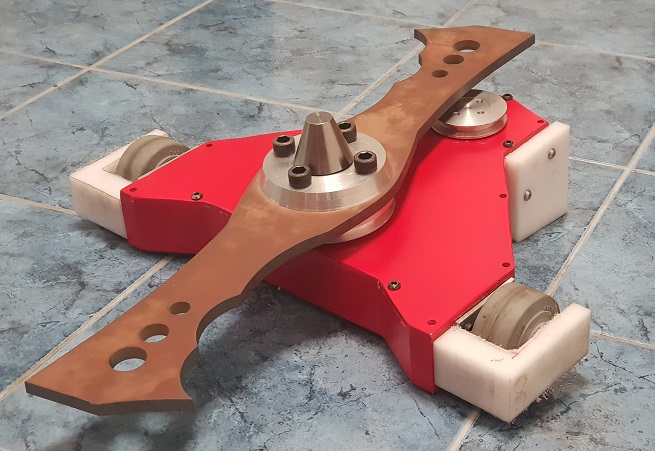 Apex BW
beetle version of Apex mk4
Non Active
RaMyA  Razer My Arse
TX-108 minus its weapon and covered in pink fur, competed in Technogames 2002 in the football with Pink Pants (pussycat) and in the sumo, lost badly to Typhoon team in the football but beat the Army in the Sumo 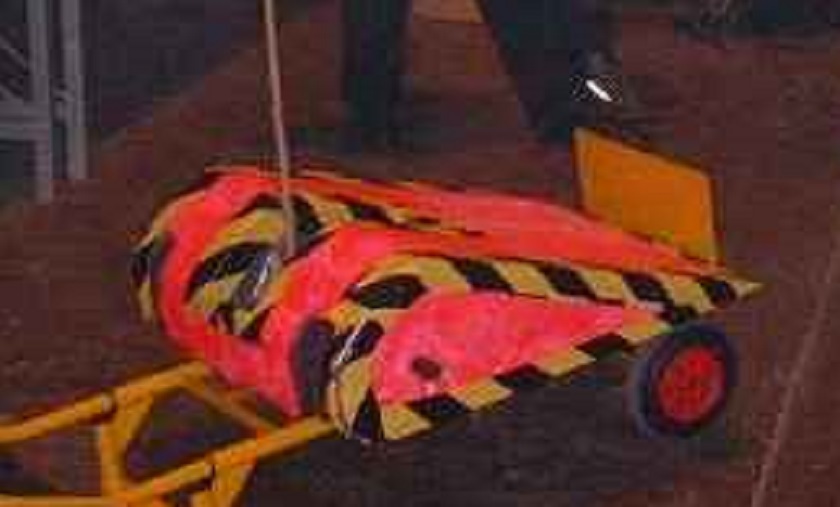 Photophattiephobia
Battery sprint semi finalist in Technogames 2001, Robot was made of an old MDF pallet lid and was made in 2 days prior to the event, we were asked by Mentorn if we could build a walker the Friday prior to the event. We spent the weekend designing it, the Monday collecting the MDF and the Wednesday and Thursday building it, it was painted on the Friday and at the event on the Saturday. 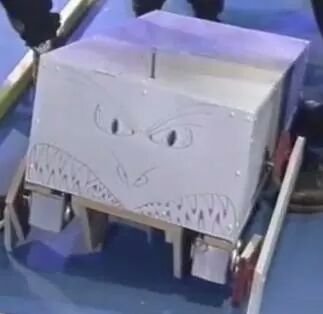 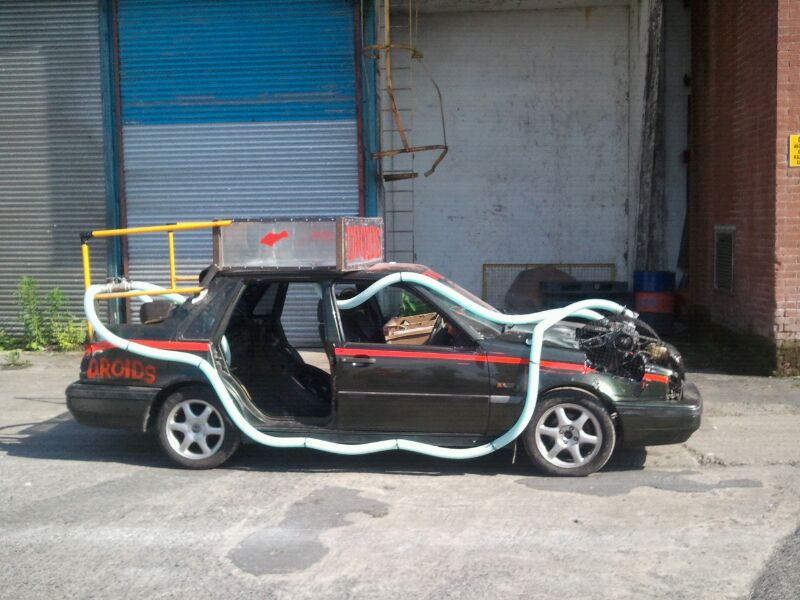 The Scorpion
Built for a non aired TV show, made of scrap Polycarbonate left over from our arena. 2 Wheel chair motors drove 6 cam mechanisms which drive the legs, she tops a not so impressive 2.34mph but at nearly 4ft tall and almost 7ft long she really became a bit of a show piece. 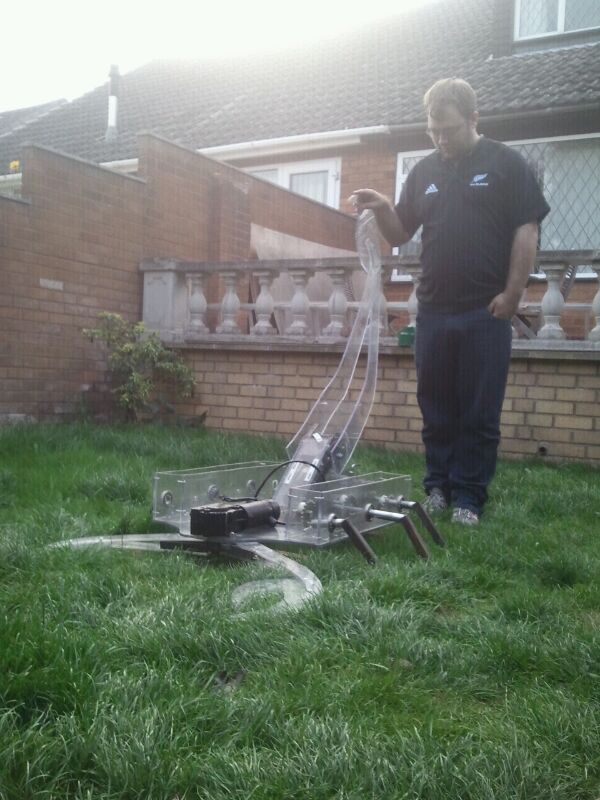 The Rebel Robots Arena
in 2008 we built our own 10m x 10m full steel arena for our own event. 10mm Polycarbonate screens, 10mm steel walls, 6mm steel floor it was a hulk of an arena, sadly due to illness within the team the event and arena were scraped.
Heavyweights
Tanto
Our Principle heavyweight, concept was a highly mobile powerhouse with the armour to deflect the heaviest of weapons.
Early incarnations of Tanto used 48v Nicad packs to drive 2x 11KW Etek motors controlled by a modified Roboteq controller, she would trott around the arena at a respectable 14mph when on 24v and 28mph on 48v and was never out pushed.
The last version of Tanto is a welded Hardox body driven by 2x Ampflow motors on 28v Lithium batteries.
TX-108
The first incarnation of our sleek looking hydraulic robot, 12mm aluminium chassis protected by 3.5mm stainless steel, driven by 2x Bosch GPA motors on 24v through a 9:1 ratio gearbox on 200mm wheels, had a similar hydraulic set up to Razer however we pulled our arm down rather than pushed it down meaning we had a lower top crushing power, but for live events we turned the pressure down to 500 psi to avoid damaging people. 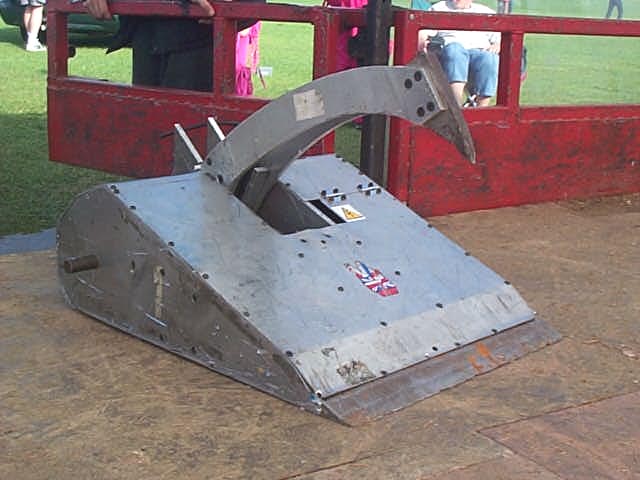 Vindicare
our first true heavyweight, invertable and driven by 2x wheel chair motors, it had a pneumatic lifting fork set up similar to that of Vlad The Impaler, the concept was to slide under and topple people, what good are wheels when they dont touch the floor.
Toxin (super heavyweight)
Our largest robot, both in size and weight, topping 120KG in series 3 she was meant to run in the Super Heavyweight fight, but it never happened, She was 160cm  long, 110cm wide and 55cm tall, covered in 3mm steel and a pneumatic set up that could lift a car, she would have done so well.
Tanto Jnr (middleweight)
Our one and only Middleweight, a wide scooped 2WD robot driven by 2x 12v 400w Bosch GPA motors on 24v. She was rapid and well armoured for a middleweight, even competing in the 2008 UK heavyweight championship. 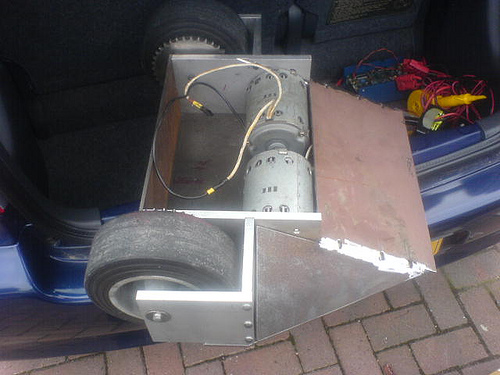 Scrap Dog
made from parts of our arena and Tanto's old wheels, the robot was made one august bank holiday weekend before being sold on before we used her.
Featherweights
Tanto XP
A baby Tanto, 12mm hardox armour 2x dewalt motors for drive and a sidewinder controller. Sadly due to a faulty sidewinder speed controller it never competed.
Deadline 520
Our first robot, made from an old shelving unit and 3 cordless drills, 2 for drive and one on the 4bar lifting mechanism. She was 90cm long 35cm wide and a tiny 4cm tall, it was ran off an old 27MHz transmitter than gave us control issues and it never worked properly in the arena despite being very potent in its one and only fight.
Antweights and smaller
Anto
Our Baby Tanto, it has alway preseeded Tanto and its strengths and failings have been used and removed from the later built Tanto. Currently made of Stainless steel, driven by 2x 30:1 HP motors on 11.1v 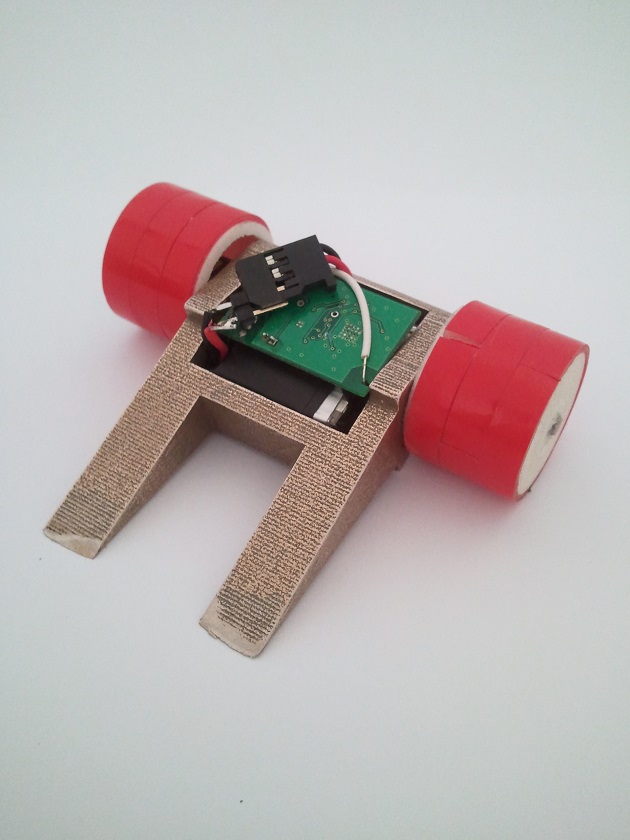 Wells
The first tripod robot, based on Swashbot, uses gyroscopic motion to move, which in Wells's case comes from its 120g spinning weapon. 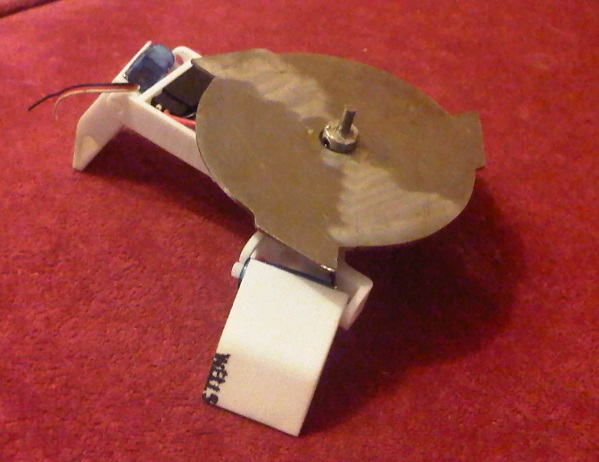 Ixion
Tiny little flea weight robot, which is the first antweight to use Solenoids to power its flipper 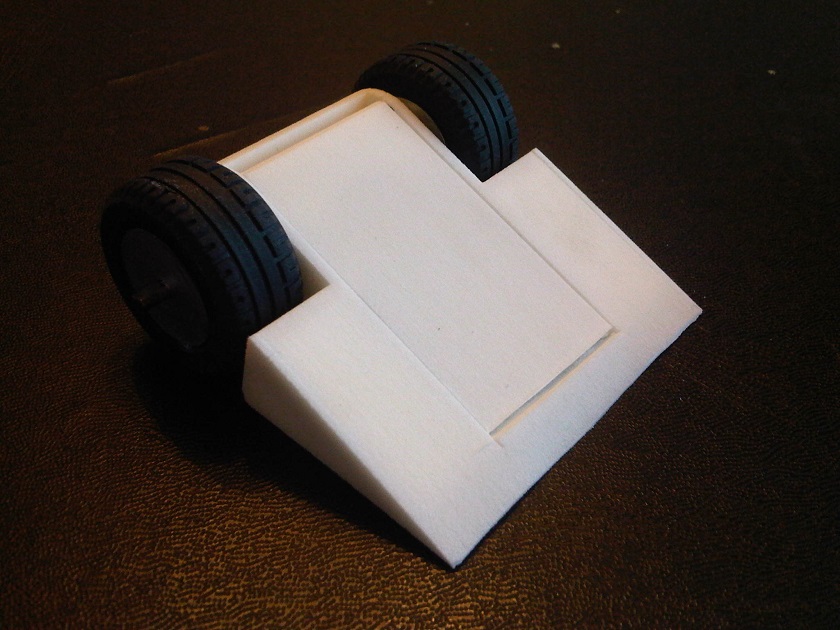 Badgerbot
Its a badger robot
Ifyouthinkthisnameisstupidyoushouldhearmyother (Iyttnisyshmo)
made at an event to distract from the fact that all my robots had broken down, useless 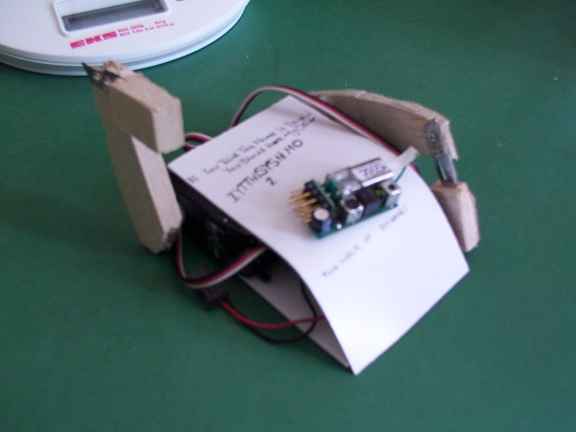 Dave
Spinning bar robot, that served as the inspiration for Apex 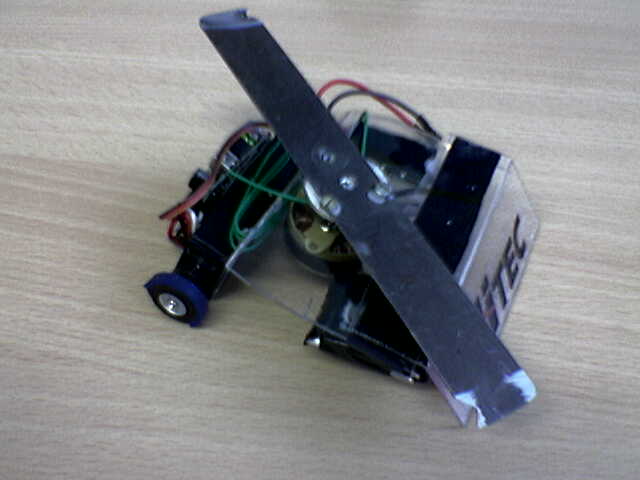 G.I Ant/Scalpel
Made from a CharG toy, again pretty useless 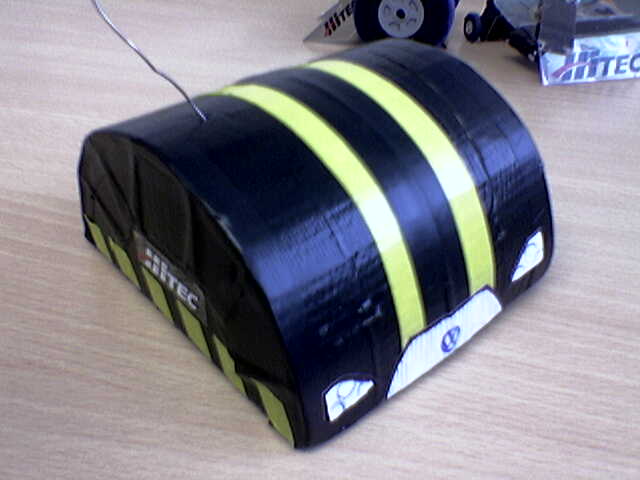